Flock Grading: Why is it important for an improved performance?

During the rearing period, the main objective is to get the breeders to their maximum genetic potential in terms of number of eggs hatched and chicken produced. Driving this objective are some major factors such as good flock management and the growth & uniformity of the breeders.

Flock uniformity plays a major role in proper management of breeder flocks. However, within the flock population, natural variations are quite common. With a decreased uniformity, many birds will not be in the same physiological stage of development, and hence will require additional management actions such as light stimulations, feed etc.

Let us learn a bit more about grading and how it should be managed.

As a biological trait, the flock population will exhibit a natural variation, and the normal distribution of that variable is a bell-shaped curve. The grading method involves a procedure where the birds which fall under the given mean weight are separated from those birds that are heavy or light (compared to the mean, as they are the extremes of the bird population). This separation allows the heavy and the light birds to be placed in separate pens with an objective of managing their body weights.

Depending on the weight category, the heavy and the light birds are managed by controlling the feed so that they are brought back to the body weight of the average population (which is the mean weight). Grading is usually done between 28-35 days of age and the weight management of the extreme bird population is expected to be completed by the end of the rearing period, 19-22 weeks.

During grading, the different weight categories that the birds are graded into mainly depends upon the farm owner’s choice of measuring flock variation.

Using the uniformity calculation, all the birds that are 10% lighter and 10% heavier than the average mean weight should be kept in separate pens, each. If the CV% method is used, depending on the average, and the CV%, the grading cut off points are decided.

Once the birds are graded into separate populations and moved into different pens, they will remain there until they reach the target body weight. Controlling the body weight is handled by making adjustments to the feed levels.

The birds are expected to reach the target weight by 63-70 days, and if they fail to do so, regrading will be necessary. The birds which are still underweight or overweight by this time, will be managed until 105 days.

Grading is often seen as a herculean task. Add to that the misconception that it involves too much work for a very little return, and there are numerous reasons why farm owners do not want to grade their flock.

Such challenges can be eliminated by using a comprehensive poultry management software, which will play a major role in managing multiple pens and keeping a tab on every required parameter.

With the expansion of the poultry industry, farm owners have looked further in detail about ways to improve the hatching eggs and the chick output. With increased research, what we know is that, one certain way of increasing the overall performance is by maintaining flock uniformity. A well graded flock is bound to be more predictable, easier to manage and more profitable in nature. Combine this with the extensive features that a seasoned poultry management software offers, farm owners will start managing a flock with much greater production potential. 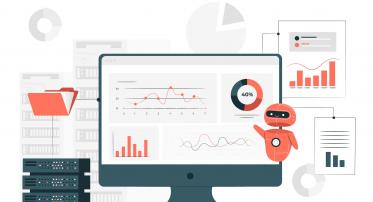 5 Features to look for when selecting a poultry management software

Planning, managing and reporting poultry operation in order gain insights about your flock is one way to ensure a superior control of … 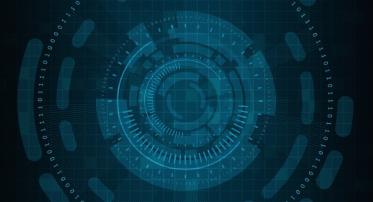 How is technology changing the management of poultry farms?

Poultry farming in the modern day is driven by continuous improvements in digital tools and data. Over the years, technology and poultry… As one of the fastest growing segments in the agriculture sector, poultry farming has been the talk of the town for quite some time now… Flock Uniformity and Why Is It Important?

It is a common notion that a uniform flock is considered as a healthy flock. However, how many of us really know if the broiler flocks… In the process of managing a healthy and a productive flock, getting the right lighting conditions plays a very important role. In the…